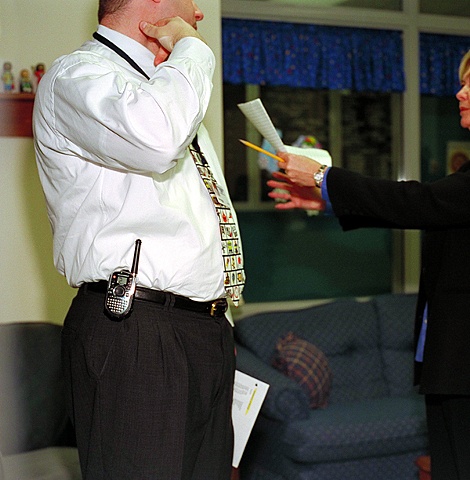 I began, by going into several different workspaces with the idea of capturing the moments when employees made contact. Over time, I started to observe a rhythm that occurred between the participants and their bodies called interactional synchrony. There’s a certain way that people respond to one another through gestures that creates a pattern within their personal space. The listener and the speaker move in harmony back and forth while sharing speaking roles. William Condon believed that the two central nervous systems could drive one another. I was drawn to this physical rhythm that gave each moment a specific performance quality.